Four Levels Up and Down Grid - Quick Load Code: g

Places the EA in multi-trade mode where it can manage up to 9 trades in the same direction at once. Use EA input Important_lots to set the lot size allowing enough margin for 9 trades to be opened at once. Grid size is 25 pips by default and can be changed with the corresponding text box on the panel. Press Start Grid button to begin grid. The Stop Grid button will stop opening further the trades, but will let remaining trades run. Close Grid Trades button will both stop the grid and close existing trades. If Auto News Stop is ticked then will stop grid and close trades just prior to high impact news event.
TIP: Use the Replace Existing option when downloading to EA as uses settings that would not be appropriate for anything other than a grid system. 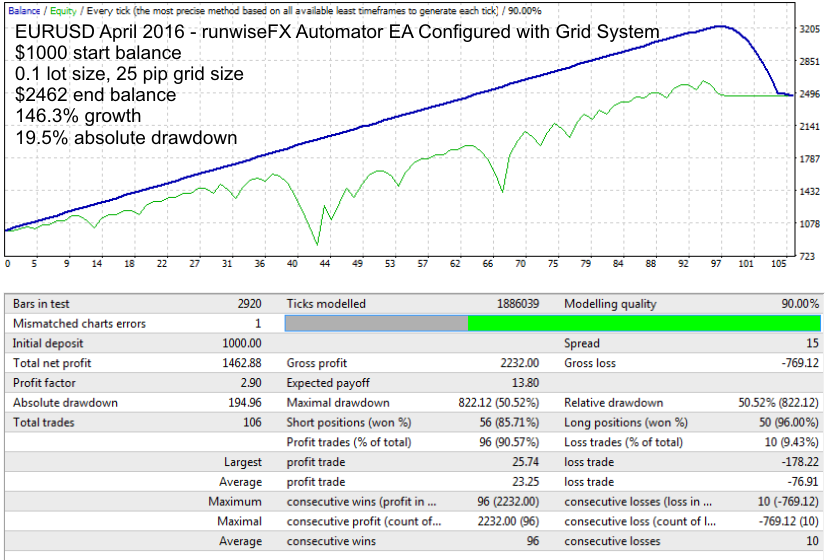 Note, we did not cherry pick this month - it was just what happened to be set in the strategy tester when we were testing the rule.

By increasing the grid size from 25 to 30pips the drawdown is reduced significantly, albeit with less but still substantial profit over the month: 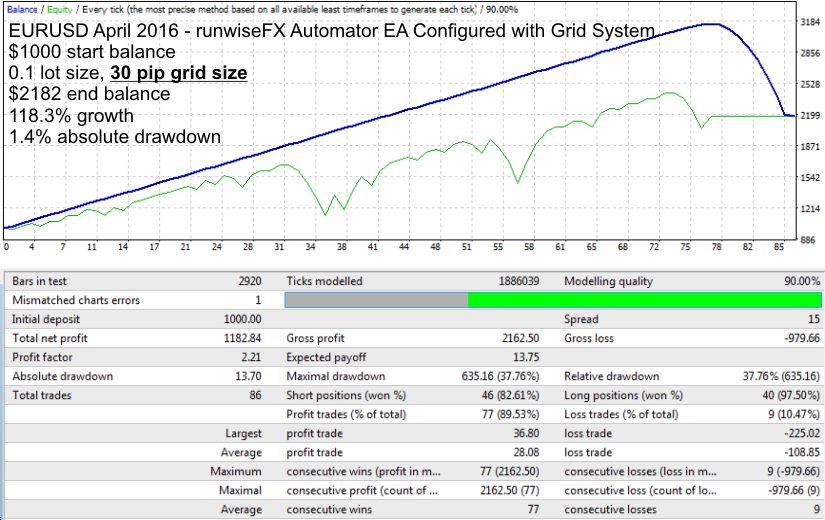